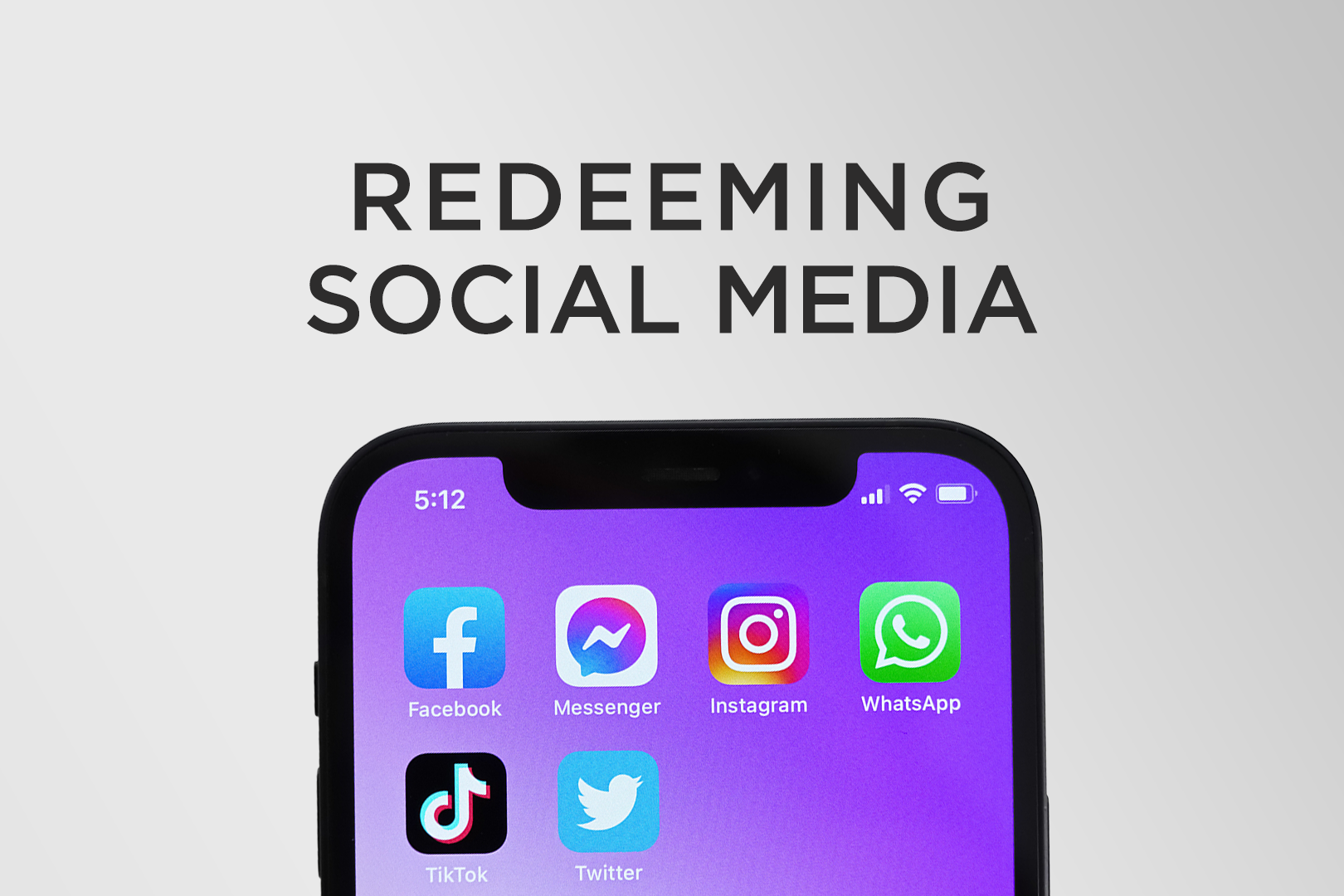 Social Media: A cross between a family reunion and a dumpster fire. Online environments connect us to people, places, and news within a moment’s notice. Yet, a two-minute scroll can result in joy over a cute infant to consumed with anger at the Karens of the world.

How can something so useful also be so frustrating? For believers, the most important question is, can social media be redeemed for the gospel?

Travel back in time with me to your 6th-grade history class. The teacher begins a discussion on the great expansion of the American West. The Pony Express was the first mode of communication to provide personal connections. As economic growth expanded, the use of modern communication was born.

The communication era birthed the printing press, telephone, radio waves, and television screens. These inventions led to the modern Information Age that introduced us to the World Wide Web. That led to AIM, Xanga, MySpace, Blogs, Facebook and you know the rest.

If God created all things, we know that there is nothing, other than sin, he did not create. Thus, God created and ordained all forms of social communication, for good and for his glory.

“The thief comes only to steal and kill and destroy. I came that they may have life and have it abundantly” (John 10:10).

Satan will attempt to corrupt and derail God’s good plan for us. We see it happen in the garden, Abraham’s lying, King David’s adultery, Peter’s denial, and in our lives today. Take a glimpse at the table below to see how this same example in mass communication.

Social media is under all three columns, as it has become a major form of communication in our day. We know world events within moments. Each day there are people behind a device brewing hate and creating barriers. This happens not only between strangers but fellow believers in the Church. Sisters, these things must not be so of us. we are to be salt and light in the world of social media.

How do we redeem social media? Simple…be distinct people.

The world is watching. We know neither the day nor the hour Christ is returning (Matthew 24:36). Therefore, let us then ask God to redeem our social media accounts for his glory so that more and more may come to know him.

No comments to show.